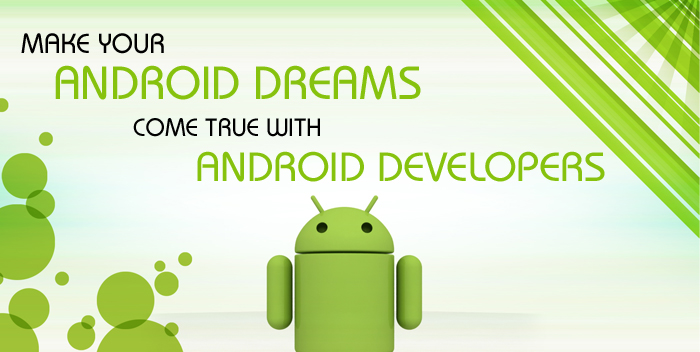 Often, many new trends come up in the technology world; Mobility is one of the recent prevailing trends. The increasing popularity of mobile technology is happening because of the utility and convenience factor. A drastic shift is taking place when people are shifting from the use of ordinary mobile phones to Smartphones and Tablets.

The appealing look is not the only factor to buy or use the device, of course, the application pool is also one of the reasons. Android application development is taken upon as a niche service by many app developers because of the increasing popularity of Android-based phones. Starting from online shopping to social networking and bill payment to  ticket booking, everything is done by the android applications.

For a start-up company in India, making a mobile application is a very difficult task whereas using the Android app is as easy as pie for the users. An android application development company puts a balanced amount of planning and creativity  for building such app.

Enlisted below are few of the implemented process undertaken by a development company to create an android app.

1. To build an interactive UI

An interactive User Interface (UI) is very much crucial to focus on because it will create an impression on the user which have to be good. To build an interface of an Android application for a mobile, containers and  input controls is used. To embed data Containers are used, whereas for better facilitation of user interaction, Input Controls are used.

2. To engage the users

The visual appeal of the downloaded apps will not make the users engaged; the user friendliness of the app is also a vital factor to consider.  An engaging mobile application is least possibly to be deleted by the user, unlike the ordinary app.

3. To ensure reliability and speed

Android apps have to be fast and crash resistant to perform the basic operations. No users will like to work on a slow application that gets stuck or takes several minutes to respond.

A smooth functionality is just not enough for a user-friendly app because the users can’t hold an obsolete version of the app. So, timely updates are also required by the users for a better experience.

A developer can build a quality android application with the above-mentioned considerations.