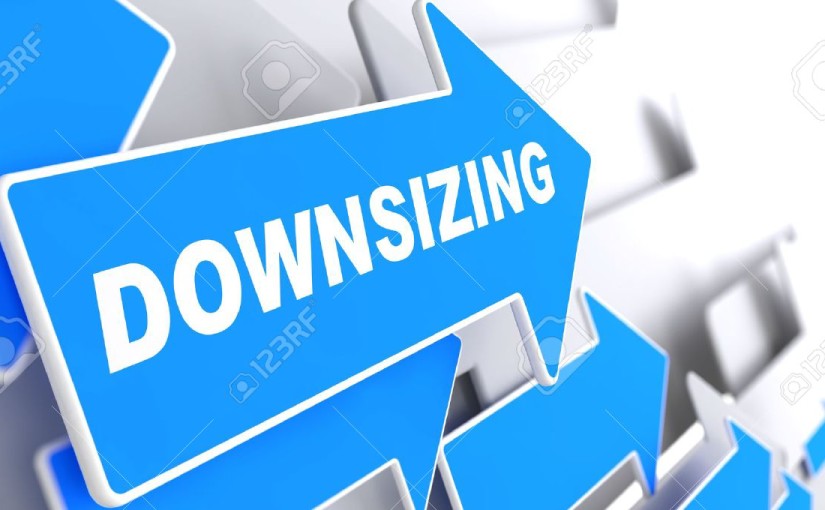 According to the source, the e-retail giant Flipkart is planning to downsize around 800 employees quoting the reason for below-performance. India’s e-commerce start-ups are thriving for growth and at the same time, chasing to save costs.

Here are few small and big e-commerce companies that have cut jobs in the last few months.

One of the grocery delivery service providers, Grofers have cancelled nearly about 60 campus job offers and put down 10% of the workforce in this year. As per CEO of Grofers, the current employees were notified about the cost cutting in every department and will be paid one month’s salary as severance.

India’s biggest online retailer is cutting jobs for those who have failed to achieve the targets. The employees are offered to either resign from the job post or sent off with a severance pay. Almost 800-900 staff will be affected by the decision.

At the beginning of the year, CommonFloor was acquired by Wanburg Pincus and Tiger Global backed by Quikr. The possession led to a loss of 100 employees. Before the acquisition, the assets were being analyzed and consolidated with the business needs, as said by Quikr officials.

Due to low acceptance of the service, the company shut down their operation in nine cities. And the employees were given an option to shift to other cities.

AskMe witnessed 650 resignations across 40 locations within this year. The employees who were leaving the company were lying between the salary ranges of 2.5L to 6L.

With its online marketplace presence in Brazil, Russia and Eastern Europe, FoodPanda supported by Rocket Internet put down more than 300 employees from business segments like Sales, Marketing, Customer Delight and Vendor Service.

The realty portal Housing.com reduced its employee strength by citing the reason for restructuring the business which will focus only on buying and selling of apartments.

The online marketplace for pre-owned cars GoZoomo by Youngmonk Technologies Pvt Ltd slashed down their employees by 35% this year.

The online recruiting firm Hiree is backed by Abhiman Technologies Pvt. Ltd and is based in Bangalore have cut down the employees by 80%.

The reason stated by CarDekho.com was to focus on core areas and it was done by streamlining the management and resources which resulted in the sacking of 60 employees.

With the start of this month, Facebook have initiated the test for offline video feature in India. As per the reports, this particular feature is started to roll out for the Android users.

In this feature, a user can save videos in the application itself under the section, named as ‘Saved’. From a particular post you can now save your favorite video by just clicking on to ‘Save Video’ option from drop down menu. The Save option is available on the app of version 85 and 86 (Beta). The video is saved to the local copy of the application. It is not like saving an HTML5 video on Chorme and other browsers, here the saved copy is not available at user file system on the device.

The saved video can be viewed  offline at any time and as many times you want. The strategy lies here that you can’t download the videos and save it on your device because Facebook want the user to stick to their social media service and due to copyright issue.

Now, you save an article or video of your choice which you can’t view offline. But soon, the feature will be changed and upgraded. You can get the same feature with You Tube where you can watch your saved video without going online.

Only the videos posted on your personal Facebook profile or page can be viewed and downloaded offline. Like YouTube, you will be provided with an option whether the you want the viewer to download the video offline or not. Still, it is in mist that which country will get the feature.

At a Question & Answer session with CEO, Facebook said the company is working on new features of Facebook Live. 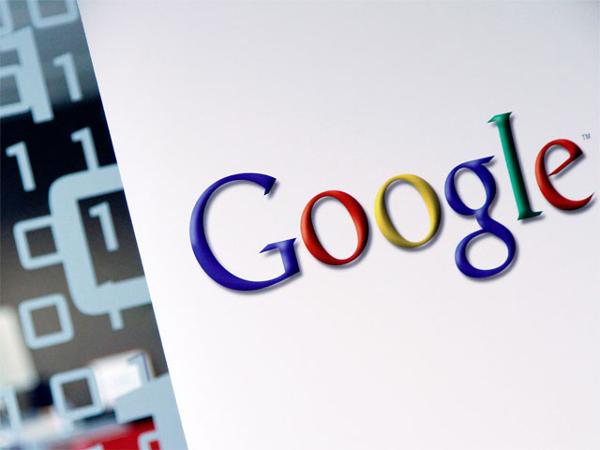 Google stands out to be the hotshot cost-effective outsourcer of software services till today. This very stand alone feature of Google will help to bring lucrative and prestigious clients for Indian IT industry.

A few years back the same scenario happened when Apple outsourced a big chunk of their work to Indian IT Company i.e. Infosys and Wipro. Now it’s the turn for Google to do so and will able to get more like from the IT industry.

Google has already revamped their strategies regarding outsourcing and handed over many projects to many multinational IT giants such as Cognizant, IBM and Accenture.

Among Fortune 500 Company, Google holds a significant position and one of the companies who spends thousands of Dollars annually on Information Technology.

From long time, software maintenance and development project were maintained by Genpact and Infosys who are the third-party technology vendors, for California based Google, Mountain View.

Google has adopted a third new system of outsourcing strategy where all the non-core business parts like Software Development, Maintenance and IT Infrastructure management are outsourced to IT firms.

“For Google the outsourcing matter is not new because they generally outsource petty amount of work to third-party service providers. Now to gain more profit, Google is outsourcing non-core part of the business which is cost –effective too” said by a US based executive of a MNC IT service firm, which manages software projects for Google.

This paradigm shift in strategy of Google will bring good news for the homegrown software exporters like TCS and Infosys whose top executives will get a chance to negotiate with the parasol outsourcing company. Recently, Infosys managed to get some IT projects for Google.

Technology firm Cognizant and Google has declined to comment for the particular news piece.

The  strategy undertaken by Google is similar to the strategy used by Apple for outsourcing software development and maintenance to Indian IT service company like Infosys and Wipro. In fact, Infosys earns over $100 million annually from Cupetino, a California based firm and states Apple as a big strategic firm. 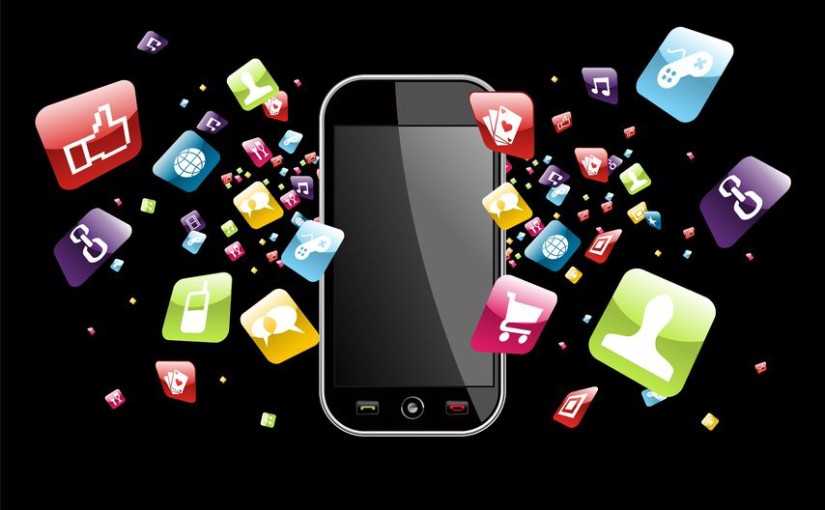 After purchasing your favourite Smartphone, the very first question that comes to the mind of the user is that what are best and useful applications for a mobile. There are many apps available in the Google Play Store but pick the one which will give you the best output.

One of the well-liked applications for getting news is NewsHunt which you can install on any system such as Android or iOS. This absolutely free app gives Newsfeeds from almost 100 regional newspapers in various different Indian languages. They have a huge collection of eBooks. The ebooks are available in multi-language i.e. around more than 30 languages.

Google Keyboard has always been a first choice for typing on Android. Now another thing that will also work best on your phone is Google Handwriting Input. As you scribble on your screen, the app tries to recognize what you have written and then it is transcribed. The app is clever enough to catch the handwritten words written in Hinglish (Hindi written in English script).

Are you jumbled up in a new locality then this app suits you the best? This android app will help you out to find Restaurants, Marketplace, ATMs, etc in a particular area. This free application can be downloaded from the Play Store. The application will provide you with recommendations on hot & happening places will pop out as per your search history and location.

Today’s trending  recharge mobile application in India is Paytm. This five-star-rated review app will assist you with your mobile recharge, DTH recharge and Data card recharge. The most reliable app for online recharge and bill payments which can be done within few seconds. In addition, the app provides you  with a safe eWallet named Paytm cash.

Are you searching for a great recipe to make your special moments more extraordinary? Finding the recipes on Google and then deciding on what to go with becomes more of hassle task.  With this mobile app, you can get the best recipes from various food blogs and Instagram that are available in the database of the app. You can get specific information about the trending food prevailing in the global as well as local market.

The above mentioned are few of the applications on which you can give a thought for installation. No doubt that many people around you will have the same app on their phones but these apps are turning out to be the essential apps for a mobile to solve your daily problem. 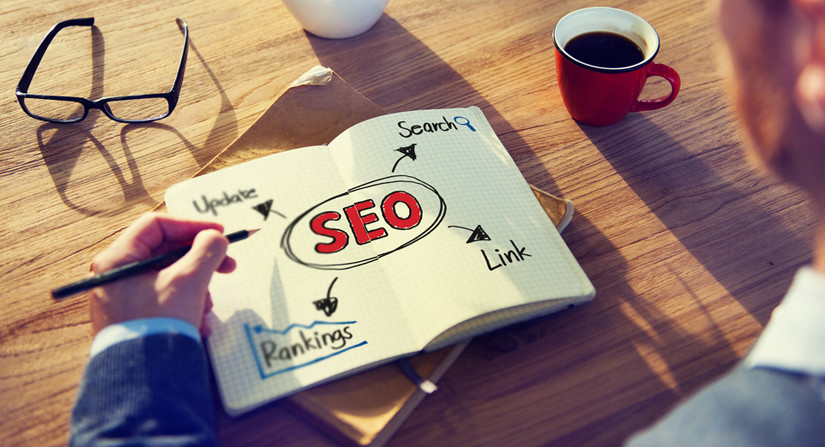 Do you have a website of your company but it is not visible on the search result list? It becomes pointless when you are getting listed below in the search engine because no one scrolls down after the first few pages for the desired requirements. Then give a thought for hiring a reliable and professional SEO Company in India for the local website needs.

Search Engine Optimization has always been the backbone of an online business. The service provided in India by the SEO company is mainly for the local SEO needs. The search process remains the same as the search for a global SEO company. In fact, the process that is followed in selecting the company like conducting the research, total experience, looking over the testimonials or reviews and finally having a face to face conversation are same.

The aim of a local SEO is to promote a business among the local audiences at the local level. The name of the locality is included with the main keyword to search the local websites.

The SEO firm in India have many benefits that are stuffed for the local entrepreneurs to attract the attention of the local customers. This helps to expand the customer base for online and offline transactions.   The service is customized according to the preferences of the target group.

Keyword plays a significant role in conducting a search. Selection of appropriate word requires correct acumen and competitor analysis without which the words won’t match with the business theme.  The search engine optimization emphasizes on the quality of the content and design. Keep a track whether the firm is using industry standard or using advanced technology or not.

Today, most of the standard SEO firm is well equipped with the trained professional personnel. Proper SEO service will not only help to boost your lead generation from the website but also will increase the profit margin. Initiatives are taken to optimize on-page and off-page practices to achieve top rank in search. With the SEO Company in India, you can get a quantum of visitors to the website at an affordable budget.